After the Twelfth Night you can recycle natural door wreaths and garlands in your HOTBIN.

Just dismantle and simply treat them like garden pruning’s.

Twelfth Night (5th January) is when Christmas Decorations should be removed or risk bad luck. Apparently If decorations are not removed on Twelfth Night, they should scarily stay up all year! Does this superstition still survive in your house?

Originally it was believed that tree-spirits lived in the greenery we decorated our homes with. The idea was to provide a safe haven for the tree-spirits during the harsh midwinter days. But failure to release them could mean spring would not return and the tree-spirits would cause mischief in the house until they were released.

Now if you want no tomfoolery in your HOTBIN you can seek extra help or guidance by revisiting our post on how to compost garden leaves effectively in your HOTBIN.

The HOTBIN is specifically designed to compost both garden and food waste together.

Previous Keeping the HOTBIN Hot in Winter
Next COMPOSTING IN 2013 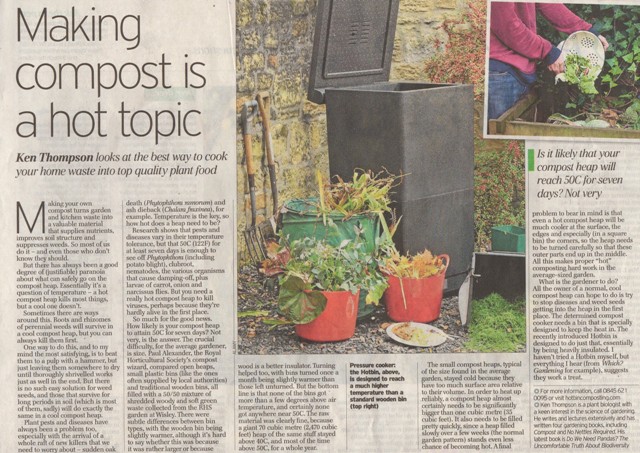 HOTBIN composter featured in The Telegraph

HOT COMPOSTING VERSUS COLD COMPOSTING What a brilliant turn out HOTBIN had in The Potting ...