Home / Uncategorized / Who Does What in the Compost Heap – the Decomposers

Who Does What in the Compost Heap – the Decomposers

There are many different forms of life active within a compost heap. Below is a quick overview of who is living in your compost heap and what they are doing. 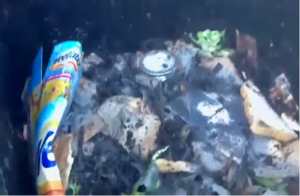 There are chemical decomposers:

Micro organisms such as bacteria, fungi, and actinomycetes.  These account for most of the decomposition that takes place in a pile.

There are larger physical decomposers:

The role of bacteria, fungi and other micro organisms

Without micro organisms, especially bacteria and fungi, there is no significant amount of composting. Spores and bacteria are everywhere – in the air, on food, on plants. Given the right conditions, the population will rapidly increase. Different bacteria and insects populate the heap according to temperature ranges and nature of contents. They grow; die and regrow depending on the conditions.

How many bacteria are there?

Even a few grams of compost on a teaspoon is estimated to contain up to a billion bacteria cells. No one really knows how many different types there are and only a tiny fraction have been classified. Wisegeek has some great background facts (Wisegeek). Currently, estimates of the total number of species of bacteria range from about 10 million to a billion. The number of scientifically recognized species of animals is about 1,250,000. There are almost 300,000 recognized species of plants.

Mesophilic bacteria can reproduce every 15 mins. Doubling at each reproduction (1/2/4/8/16), a population of 8 billion could be present in 13 hours. In the same 13 hours, one actinomycetes will become two. (Still impressive compared to humans at 16 years + 9 months!)

What do Fungi do?

There are many fungi species operating in a heap helping to decay waste. If the waste is left for several days, there will often be “fungus” on top of the waste. One group of specific interest are those that decompose the highly resistant lignin. These are specialists; they focus on lignin, using ligninase and lignin modifying enzymes (LMEs). Wood decay is often associated with specialist white & brown rot fungi. Fungi are a key part of the composting process you may notice a white powder and filaments which are a good sign that the more resistant lignin is being broken down. You are most likely to notice this lower down in the cooler area of the HotBin when emptying it.

Where do the worms come from?

The eggs can be in small bits of soil you add and old compost that goes onto your compost heap. Worms and worm eggs will be killed by high temperatures (>45C), so more often than not, the HotBin has less worms and they will be found in the cooler mature compost in the base layer. Worms are not essential to the heap decomposing, but worms are good because not only do they decompose waste but they leave a mucus in the compost which is proving beneficial to soil fertility. So if you have worms in your compost do not worry, if you have none do not worry either! However if you decide you want to add extra or more worms to your HotBin remember you cannot add  them into the upper active layer (as 60°C will kill them). Add worms via the hatch panel. If you find worms crawling on the walls, they are too hot! Collect them up and try adding them via the hatch door. 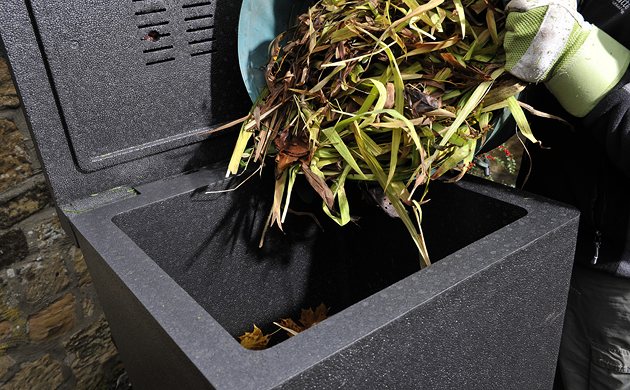 Autumn is coming – It is the time of year for the major garden clear up.

HOTBIN on Love your Garden

Alec is new customer. His son bought him the HOTBIN for a birthday present. Five weeks ...